About the Artist: Dennis Gordon Evans

Returning to Calgary in 1980, he became the production manager for a major pottery manufacturing company producing hand-crafted wares that were sold across Canada.  In 1986 Dennis opened a production studio under the name, Nant Mill Pottery, in honour of his Welsh roots which produced a functional kitchen-ware line.  While working as a production manager and in his own studio, he was contracted as a consultant which took him to Africa, twice.  He also worked as a consultant on a First Nations economic development initiative which created gift ware items sold across Canada.

Business commitments in Calgary kept Dennis away from his own studio until January 2006 when he retired to Naramata, British Columbia.  Two years before, he had built a small studio-workshop and with his wife, Patricia, they set about creating a garden setting to surround the studio which is built upon property that had been an old roadway, adjacent to their home.

No longer constrained by the conventions of the workplace, Dennis was able to return to his creative side.  Challenged by his new environment, he has begun orienting himself to the new visual experience found in the Okanagan, and this is reflected in his landscape painting.  He also launched his face studies series.  Using colour to portray emotion, the faces of friends, neighbours and relatives are transformed into works of art.  Limited edition pottery items are also being created.  This time, shapes and forms are chosen by the artist to reflect his moods and his new found freedom to create, resulting in pieces with passion.

I am an artist who takes inspiration from the environment. I work with acrylic on canvas to create paintings that are an interpretation of the landscape around me.

I paint to express my sense of place. My paintings are a result of walking in the landscape, creating compositions and quick studies, keeping only the elements I feel are needed to reveal the subtle heart of my surroundings.

On the surface, my images may not seem revolutionary or earth-shattering. The message is in the detail. My paintings are not monumental. They appear to be a humble snapshot of what might be called common, they are not. The art is in the subtle. There is something in the commonplace that needs to be voiced and preserved in as much as this is where the individual elements in the landscape are found, revealing our environment and understanding this is part of the preservation. I see value in what others may see as rubble landscape good only to be scoured off and made ready for something where the landscape is secondary or even less. 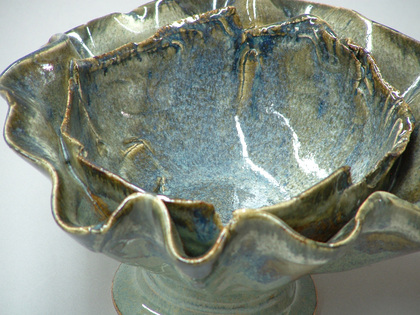 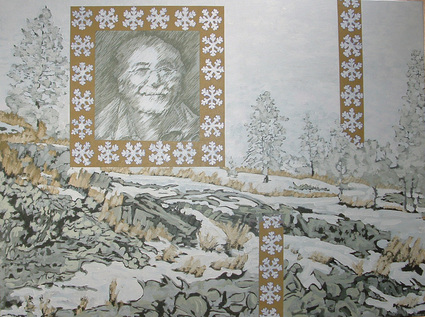 Drop in to my studio and enjoy the paintings and pottery created on-site.  My inspiration is rooted in the Arts and Crafts Style promoting: strength in simplicity and an appreciation of the home's importance.  Paintings, Pottery, Wall Tiles, Portraits.

Open mid-May through September long weekend: 10 am to 6 pm. October wine festival and by appointment